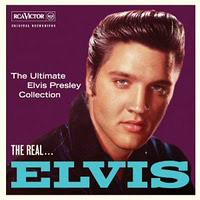 The two UK budget compilations 'The Real Elvis' - single and triple disc versions - will be released by RCA International on October 14, 2011 in Germany. 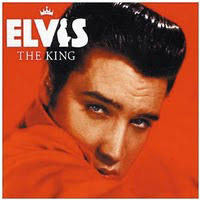 The double CD compilation 'The King' will be re-issued on October 17, 2011 by Sony Strategic Marketing in France.

Source:ElvisDayByDay.com
Login to give your opinion
mature_elvis_fan75 wrote on August 26, 2011
Lol more compilations? Purpose of such releases? Fans who buy cd's for covers? Oh ok makes sence now!
I am Buffalo-Horn! wrote on August 26, 2011
The two "Real Elvis" CDs have been out in the UK since the 20th June. As they are EU pressings it is rather surprising they have not yet been released in Germany. But they are good value for money, & the tracks may well come from the Masters box set!
Tony C wrote on August 26, 2011
I have seen both "The Real Elvis" sets on display in the shops in London for a couple of months now, it is a good compilation at a bargain price. The purpose of such releases? I would have thought that was obvious, to beat the cheapie CD compilers at their own game and give the public the chance to sample Elvis' music for next to nothing.
Harvey Alexander wrote on August 27, 2011
Both covers feature reversed images. Doh!
Jerome wrote on August 29, 2011
which super market are these available?..
drjohncarpenter0117 wrote on August 29, 2011
I wonder if the mistakes on the EU editions will be fixed for the German market editions?..........will wait and see when released.
rai wrote on August 31, 2011
Another budget release? The days of buying every single Elvis CD just for the cover is over. When will Sony ever come out with a good quality contents? We can only rely on FTD now but the price is still a killer!