Jaarringen van een koning (Growth rings of a King) tells the story of adventurers, inventors, athletes, politicians, artists and even a dog, which begins over the Pacific in 1935 and ends with the Wow! Signal in 1977. This era is also known as the reign of the king of rock 'n' roll, Elvis Aaron Presley. His story, from birth to his presumed death, will also be told. From the ability to destroy ourselves by pressing a button, the development of youth cultures, the struggle of minorities to get the right attention, to making visible the oldest light in our universe, the king was there.

The book is hardcover, 280 pages, 77 illustrations (stencil style) and written in Dutch. Unfortunately, the author does not have the budget for now to translate the complete story in English.

Content wise the genre of the book is a combination of a historical novel (true stories, but the point of views of the main characters are fictional), biography and poetry (every chapter is closed with a poem).

Warning upfront and honest (not commercial that handy of the author): this book is maybe not suited for those who are expecting a straightforward informative book about Elvis. Above all, it is a (historical) novel with non-fictional elements in which the king plays the role of a muse in this time from 1935 until 1977. 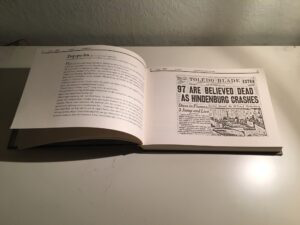