On August 14 someone at our hosting service replaced our database with an old one. We spent two weeks to try to get our data back, with no success. At least we finally got the word that they are not able to get it back. So our unvolentary vacation comes to an end, starting today. We'll try to catch up completely as soon as possible.

Of course the news from August 1 to August 13 got lost, as are the members (figure of speech) who subscribed during those two weeks.

Here is a short overview of what we published, but got lost (as far as we can get it back from our braincells).

Viva Elvis – The Album will be released in Portugal on November 8.

Welcome To The Jungle, a release by Venus Productions got released. The disc contains outtakes of Solitair and Moody Blue. 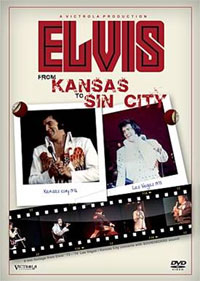 From Kansas To Sin City is a DVD release containing concert footage: 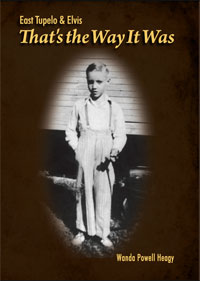 The book East Tupelo & Elvis – That’s The Way It Was is out, with a different cover than announced previously. 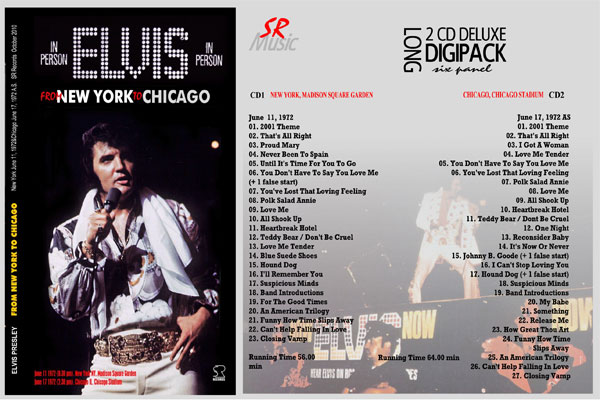 SR Records announced From New York To Chicago, a set containing the Madison Square Garden Show on June 11 (8:30) and the show at Chicago Stadium on June 17 (2:30). 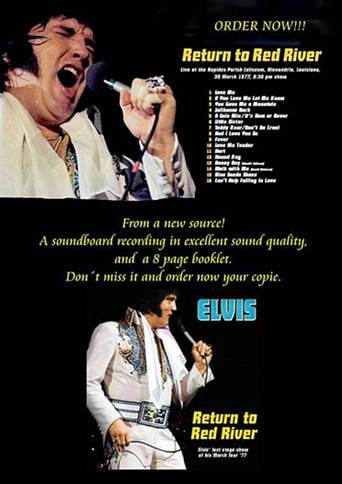 The CD Return To Red River was announced. This show from March 30, 1977 from Alexandria, LA was previously released on the CD From Louisiana To Tennessee.


Starting Saturday August 14, the Daily Mail newspaper will included a free Elvis DVD each day for a week. On Saturday, it will be "G.I. Blues" followed by the rest of the Paramount films. This is fantastic publicity for Elvis, the newspaper sells in huge numbers and the films will be collected by many people who would not otherwise have seen these films.

And last but not least Victrola announced Our Memories Of Elvis Volume 3. This is the press-release

The fortune to find documents, acetates and previously released recordings made it possible to realize this album in a very good quality. We received help from the Gravelroad team. Again thank you Without you guys it wouldn’t be the same.. Some tracks weren’t impressive but still a rare find. Great sample is the stereo version of Moody Blue from Joan Deary. The only versions released are sounding mono and what a thrill the is the last minute of the song…Did had that feeling too when you heard it, that the song shouldn’t end.. Other tracks are for sure just as exciting.

When you listen to the concept of the album Our Memories Volume 3. You’ll notice that all tracks have carefully been chosen by Deary. By lyrics and sound , when a guitar is carrying the song the next track is still there but a little different. All vocals are equal in sound. Just listen to a normal release of 1970 and play something from the studio recording in 1976….. a different sound of the voice. Clearly they were busy mixing the tracks together to create an album. Because of the pureness of the recordings and some lacking of overdubbs it worked very well. The extra tracks are there to complete the loose ends. It gives a very nice inside view on the production process. We are aware that some tracks might be out before but still in this way it is an experience just because it's a real album production and not a compilation of songs.

The Our Memories of Elvis series and Guitar man in 1981 by Felton Jarvis are in many ways the last real albums produced by the original engineers. Yes they are reworked songs but it was a serious attempt to create an Album in the same way as if Elvis would be personally involved ! That’s the major difference compared to the regular new releases.

We are fortunate to have some documentation and acetates available. We have 80% of the facts and when putting it together the pieces fitted precisely . Also the track listing was a big surprise, al tracks fall in prefect order as was show on the mock up of Our memories of Elvis volume 3.

Enjoy Our memories of Elvis Volume 3, “Unfinished Business”. It’s the last real studio album ever made but never finished.