All Shook Up Campaign By Sirius XM

Elvis Presley is featured in a new campaign. This time footage from the '68 Comeback Special was used for a commercial for Sirius Satellite Radio.

RadioSirius XM (SIRI) shook up the nation’s televisions this last weekend with the launch of what CEO Mel Karmazin referred to during the company’s Q3 earnings conference call as “the most aggressive national ad branding campaign in our history.” The new Sirius XM thirty second ad spot, seen on millions of televisions across the country, begins with vintage footage of Elvis Presley from his ‘68 Comeback Special singing a rousing version of “All Shook Up.” While the song continues to play, the slick visual moves through footage of Michael Jordan, Richard Pryor and Howard Stern. The end of the ad brings text exclaiming “Satellite Radio is changing it again.” The Sirius XM logo and web address to the newly launched siriusxm.com are shown in the final frame.

Following in the footsteps of Sirius XM’s strong history of intriguing television ads, this new eye-catching ad seems to be getting the same positive response. Filmmaker/writer Jason Hill said, “The ad is one of the more creative ads I have seen in a while, connecting the achievements of the best in music, sports, comedy and radio to what the service has to offer. I like how the ad opens up with “All Shook Up” while showing nostalgic clips of Elvis, Jordan and Pryor, then transitioning to Stern with nice motion graphic titles married to the frame — the presentation is very impressive.” Impressed with the strategy of the ads message as well, Mr. Hill said, “The ad does a good job of promoting Sirius XM’s content by putting out in front the value of their primary offerings, and doing it with lots of style. The ad is very entertaining while cleverly promoting all four major content products Sirius XM offers: music, sports, comedy, and talk radio.” 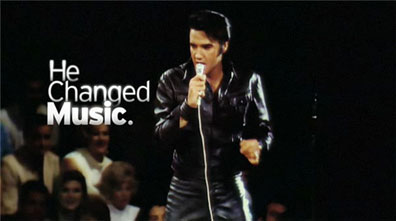 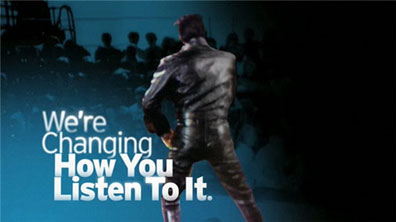