The import 2CD/book set "Showroom International ’71" is sold out on its day of release. SOLD OUT on its official day of release, August 24, 2009. This co-production with the DEA import label contains an unreleased soundboard recording of Elvis Presley's February 23, 1971 8 P.M. closing show. 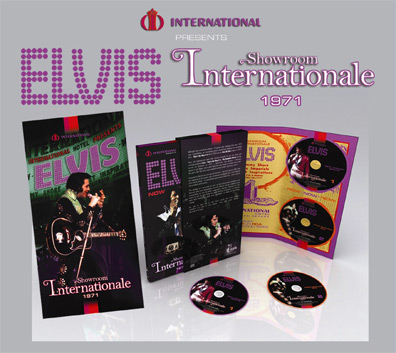 The 2 CD/book set also features the January 28th Midnight show (previously released on the Fort Baxter label as ‘Lean Mean and Kicking Butt’) directly mastered from the original reel tapes. This is the last major release from the International label and the fabulous box set release has only a limited edition run of 999 copies. 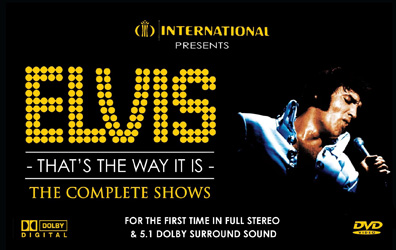 The DVD release "Elvis – That’s the Way It Is - The Complete Shows" has been released. The 2 dual layered DVDs are filled with 6 hours of the complete shows in full stereo. This release is limited to 750 copies.

It contains the shows:

Source:Various
Login to give your opinion
Matthias Kuenzer wrote on August 25, 2009
Last _major_ release? Are there still some minor corrigenda to look forward to?
drjohncarpenter0117 wrote on August 26, 2009
Having received both copies in the post yesterday and i have to give it 10/10 for packaging and content,i will let the pro's write their review of both sets so you all have some idea of just what you get for your money.Speaking of which i write in amazement that yesterday on Ebay (Uk) a copy of the 2 dvd set went for a staggering £130...i kid you not??, still some people are desperate enough to pay high prices for items they don't know how to get hold off.May be the final release from these guys as INTERNATIONALE? but i bet they have some more in the pipeline.....thanks anyway guys and look forward to future projects.
CLAIR-TCE wrote on August 26, 2009
Rcv'd my copy of "Showroom Internationale" about 20 mins ago. Am at work at the moment so I can't play it yet, but must admit I am looking foward to getting home ;) CLAIR
TCBforever wrote on August 28, 2009
Thank you guys for the amazing sets you have giving us. Can you get a job doing the FTD label ;-)
blackdiamond wrote on September 03, 2009
I received the awsome boxset Showroom Internationale 1971 today. What a beautiful release it is. It's sound is so good especially disc 2. This is a great release that should be in anyones collection.