The local (Cataluña) Spanish newspaper La Vanguardia and Sony / BMG Spain will release twenty of Elvis' best albums in a new series. Each edition comes with an illustrated 30 pages hard-cover book containing the CD discography and biography of Elvis Presley.

For each delivery the book is divided into the following chapters:

And in parallel the Elvis biography: How was your life, who were his friends and family, what other music was inspired, how to align their private lives to the world of entertainment. 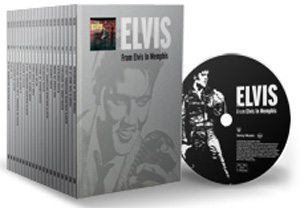 The first disc is the "From Elvis In Memphis" with the original tracklisting album released in 1969 remastered from the original recordings and is accompanied by a hardcover book luxury of 30 pages with information and photographs in color and black/white. First delivery: Saturday January 31 and Sunday February 1 (2009). 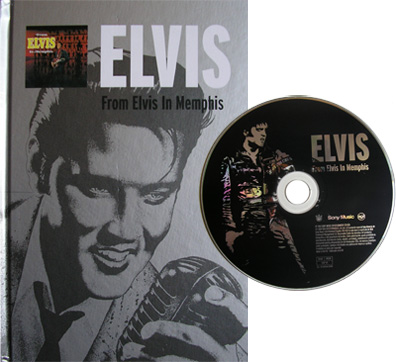 The list of the discs for 20 weekends delivered "La Vanguardia" is as follows (in order of delivery here): 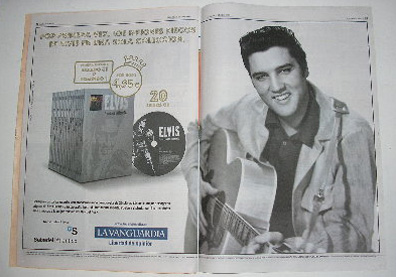 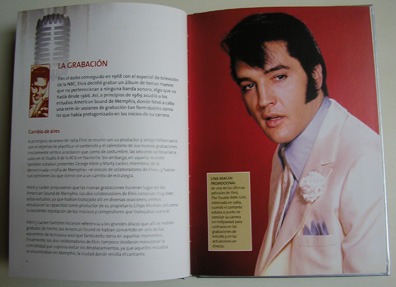 For those not wishing to acquire the collection every week or not living in Spain will be able to book and get the complete collection by calling 902-481-482 or by www.lavanguardia.es. The reservation period will end on February 15, 2009 and its value is 194 euros + shipping.

Source:Email
Login to give your opinion
Brian Quinn wrote on January 31, 2009
This looks like a great series. I wish they were in English.
jean michel wrote on February 02, 2009
Hi ! i ve just called "la vanguardia" ; they told me it is not possible for them to ship them outside of Spain !
POLKfreak wrote on February 03, 2009
Sorry amigos but, in Spain they don't even know who Elvis is...apart from self-centered spanish artists they only know Tom Jones and the Rolling Stones (they call them the Rollings....???) So while the concept is great and should be done in other countries (as Spain is not yet Europe...no service to send those orders abroad...) as well; yet, I do not believe that the Data re the recordings will be updated. Spain has never been an Elvis country, despite the fact that our King sung He wanted to go to Spain....never been there...
ElvisBizz wrote on February 03, 2009
Some comments about POLKfreak statements, that I am not agree at all: 1) Elvis, today, is not a general public artist, he is not generally in any top 40 list. Nor in Spain, neither in any other country in the world. Our man is not in the mind of general public. The fact that he died more that 30 years ago probably doesn't help. BMG promotion politics don't help very much neither. 2) A lot of people in Spain knows perfectly who Elvis are. A fact is that the newspaper starts an Elvis collection to improve their papers sellings. They have not started a Tom Jones collection or "Rollings" one. 3) "La Vanguardia" has as main aim to sell more newspapers in a day by day basis. Their business is not to sell a book+CD collection in the whole world. They are not Amazon. They are a Spanish newspaper. There are a lot of Elvis items in the world that are difficult to be obtained because they are sell by local fan clubs, in an specific wallmart, ... I understand that they don't have the infraestructure to sell in a regular basis to other countries, because it is not their core business. Regards.
Pedro Nuno wrote on February 05, 2009
Polkfreak, Have you ever been to Spain? Please allow me to tell you that you don't know what you are talking about. I live in Portugal, neighbour to Spain and I’ve been there dozens of time. Spain has 4 Elvis Fan Clubs, all very actives, and a huge crowd of Rock' n’ Roll and Rockabilly fans, with tremendous festivals (the Barcelona Rockabilly festival is huge). Elvis is much more known in this part of the world than you may imagine!